This hidden garden in the heart of the South End was deigned to give the feeling of an Italianate garden. We used simple geometric lines and blocks of foliage plants to mimic the geometry found in the Italianate style. A central urn stands in for a fountain in this small (large for the South End) space. The site was overgrown when we began giving us a blank slate to bring back a coveted large outdoor space in the middle of Boston.

Everything is coming in after the first winter! 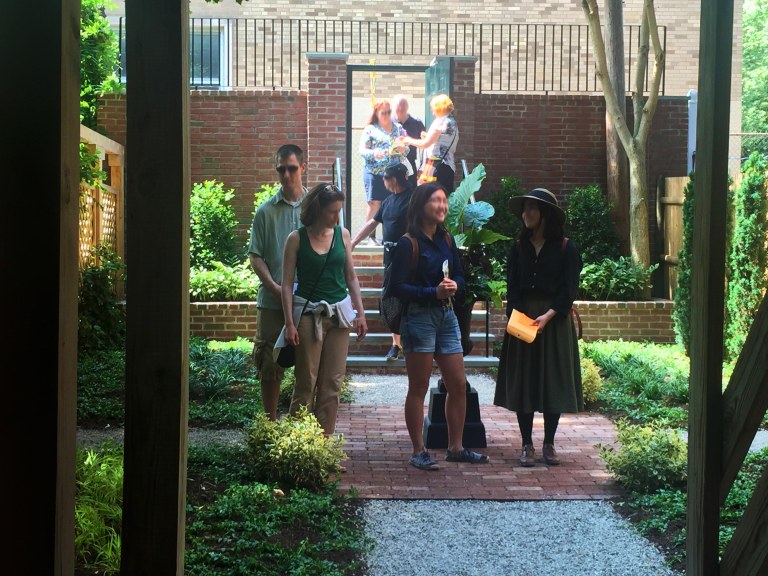 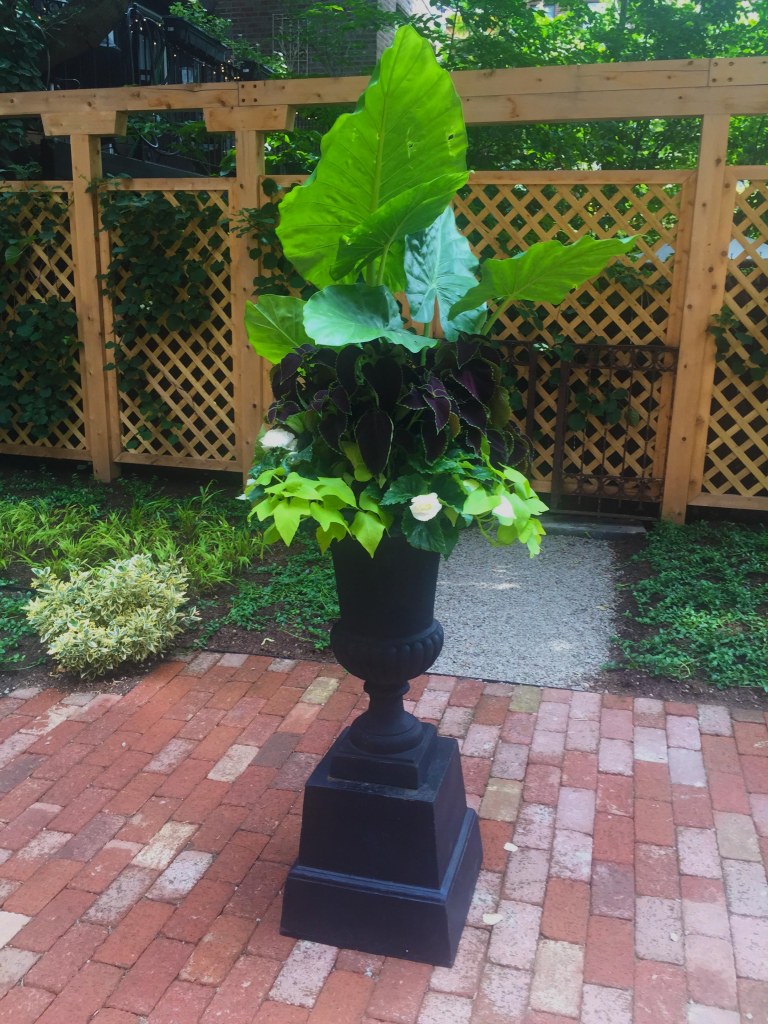 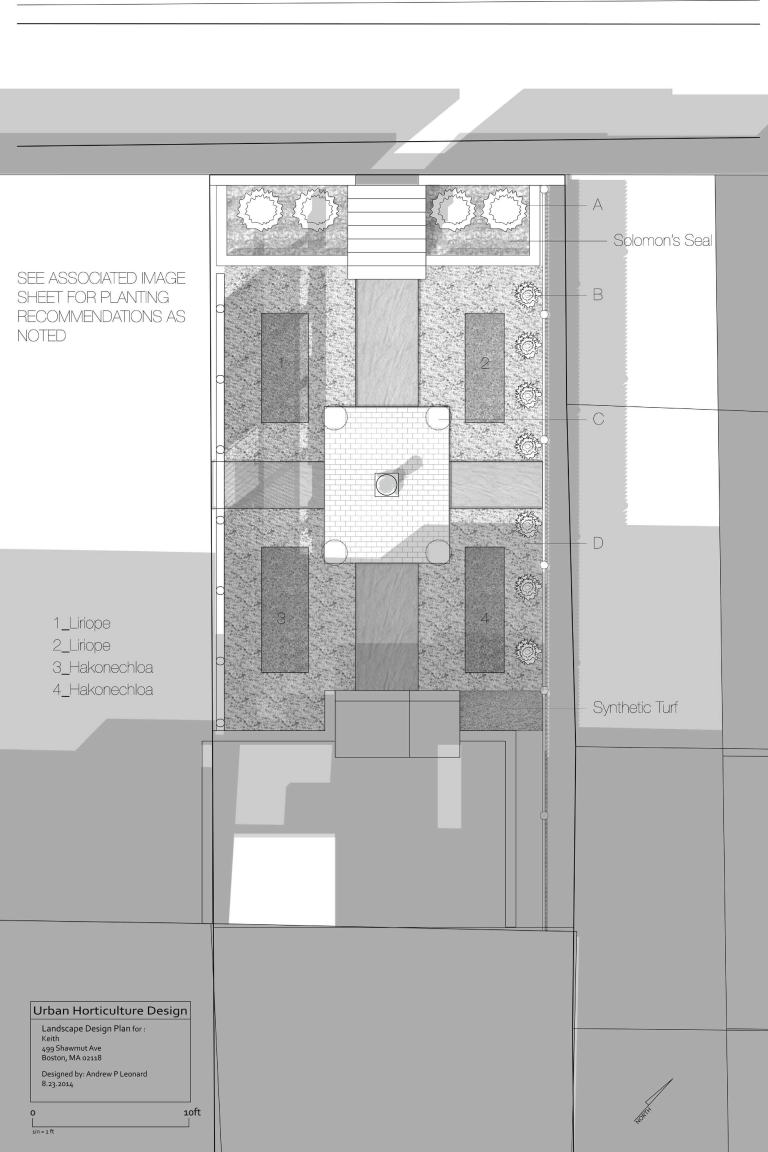 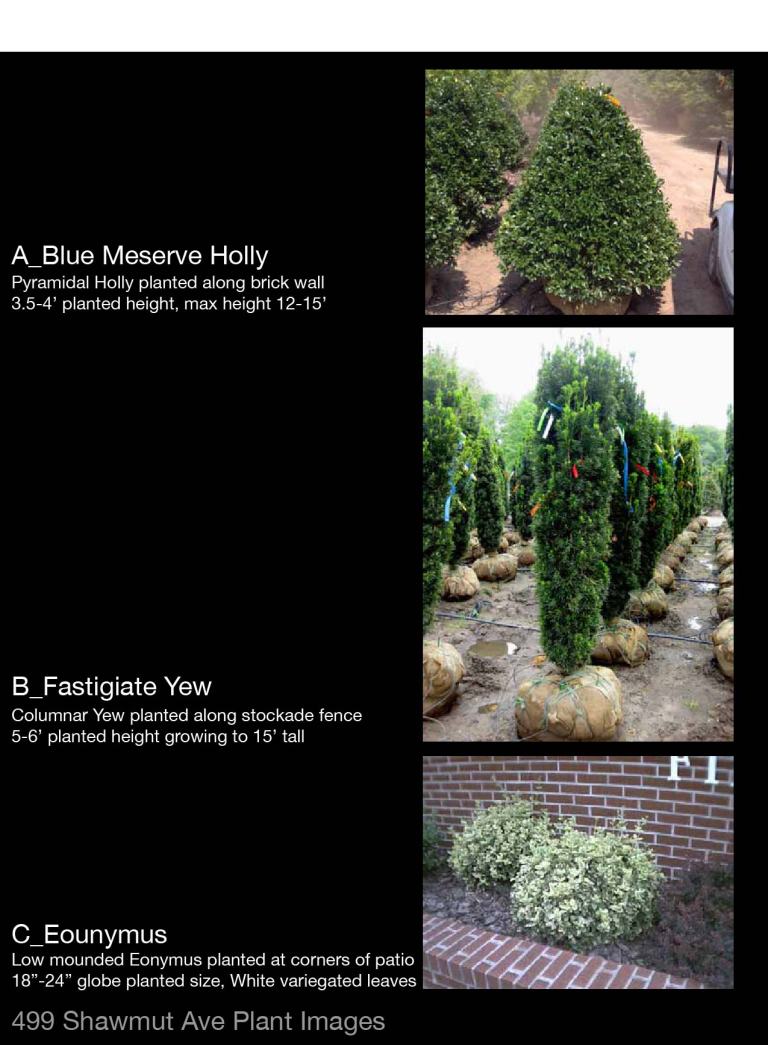 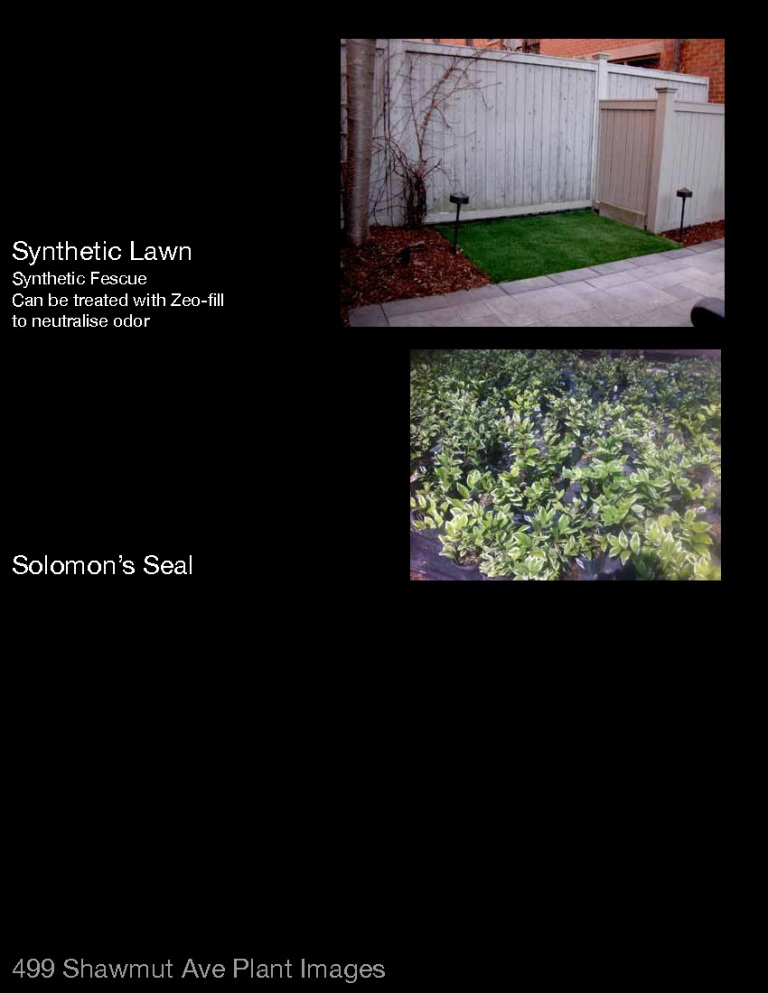 Custom built cedar arbor.  The arbor was constructed over six mature Climbing Hydrangea that were on site.  The Hydrangea will be trained through the lattice to create a green wall over time.

Once the Hydrangea have filled in this faux gait will appear to lead in to a secret garden. 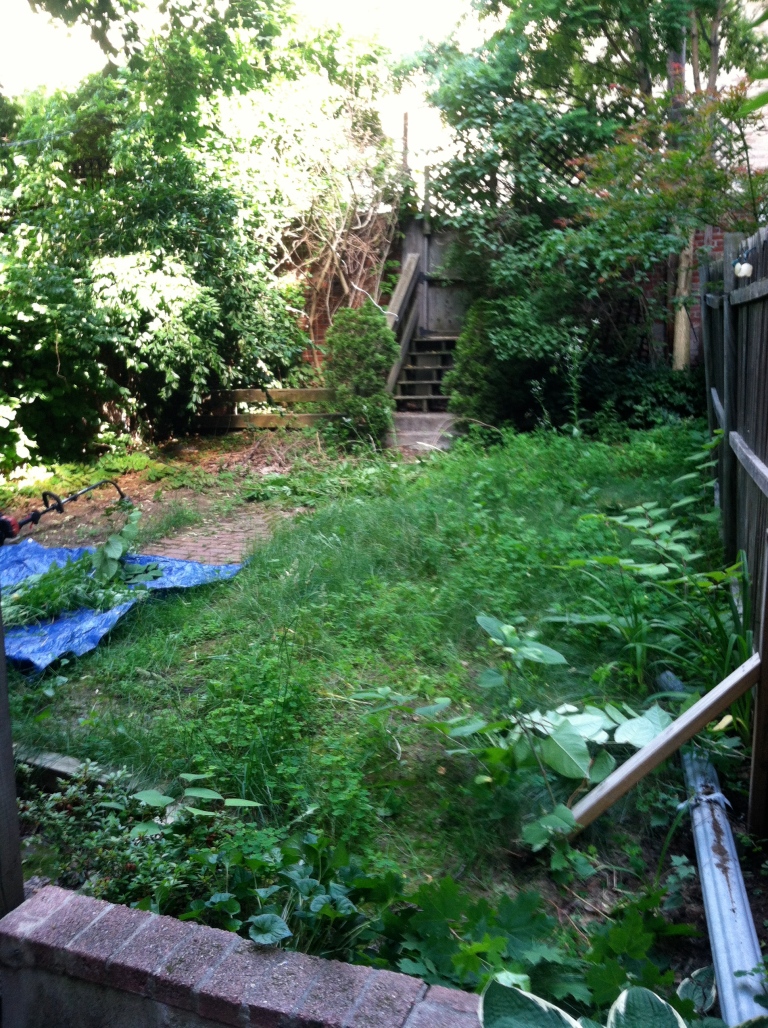 This is what the site looked like when we started.